0001-A167. Minor White napping. Minor White (1908-1976) moved to Portland after the summer of 1937. He formed a camera club at the YMCA where he lived. The club built a small darkroom and had an exhibit space in the lobby. This photo was taken during a group outing on the Clackamas River. The date is shortly before June 1938, which is when the photographer Lawrence Smith dropped out of the camera club. On the blanket next to Minor is Larry Smith's camera, a Zeiss Zeca with Tessar lens. 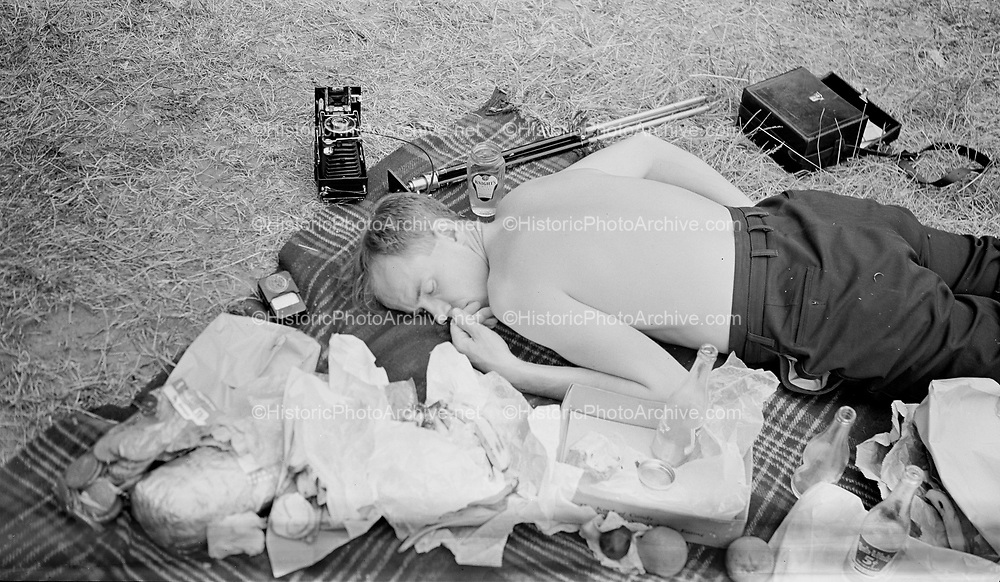