1006-A451-25A. "Electric car. in traffic & garage, for brochure. April 1968" (1968 MARS II : 1967 Renault R-10. This 4-seater was produced as one of a series of 42. Purchased by Eugene, Oregon's local electric utility ( EWEB ), this car has all of its original components intact. The MARS II production run of 42 was the beginning of the 2nd generation of electric vehicles. This car is most likely the only remaining vehicle with its original equipment intact. Most notable is the MARS II's mechanical controller board that preceded the electronic controllers of the later generations of electric cars. The MARS II is a 120 volt system.) 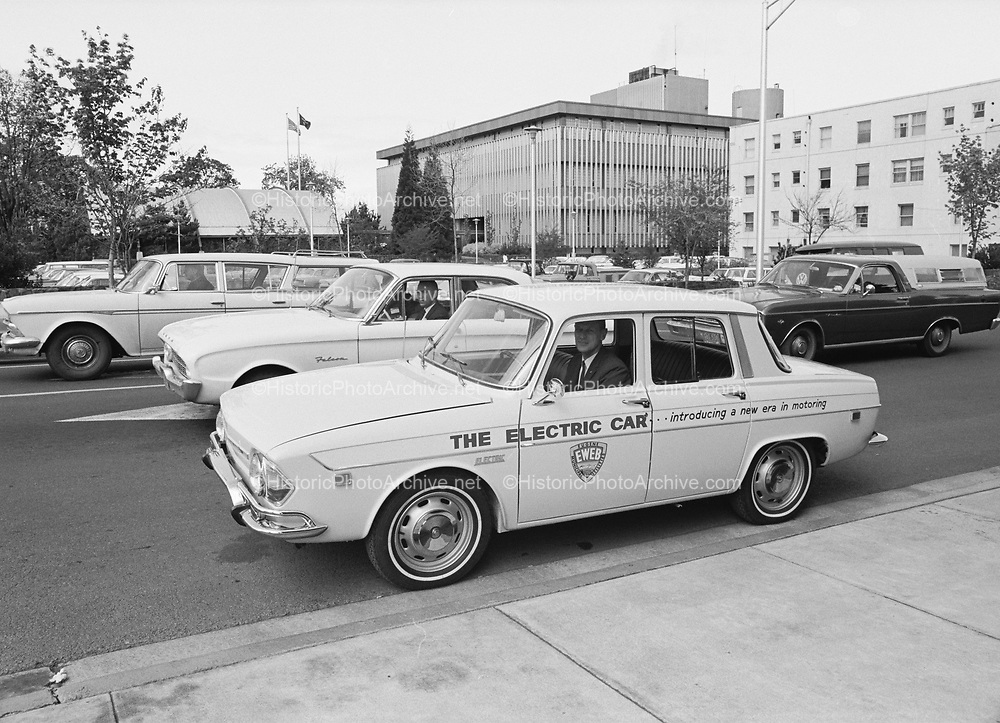