East Side Lumber Company in Sellwood

0904-D45 The East Side Mill & Lumber Company before 1925, when six of the support columns of the Sellwood bridge were built through this complex. Train tracks are now the Springwater corridor bike path. "The East Side Lumber Company was established in 1902, on the site of the smaller Sorensen and Young Planing Mill, in operation since the 1890s. During the first decade of the 20th century, the mill thrived in this growing, lumber-hungry city, expanding to include door- and box-making subsidiaries. In the 1920s, the complex employed 300-500 men, many of whom lived in Sellwood. Timber was hauled in by interurban railroad, or floated in on the river. Hard times in the 1930s led to the East Side Lumber Company’s downfall. By the end of the decade, the main mill had shut down. In 1940, a huge fire burned many of the buildings. One part of the complex, the Oregon Door Company, stayed in business until the 1950s. The first Sellwood Bridge was designed to cross at the site of the East Side Lumber complex. In fact, the Oregon Door Company was right in its path. Multnomah County couldn’t afford to purchase and demolish the building, so engineers built six of the bridge columns through it. This unusual building stood until 2011. 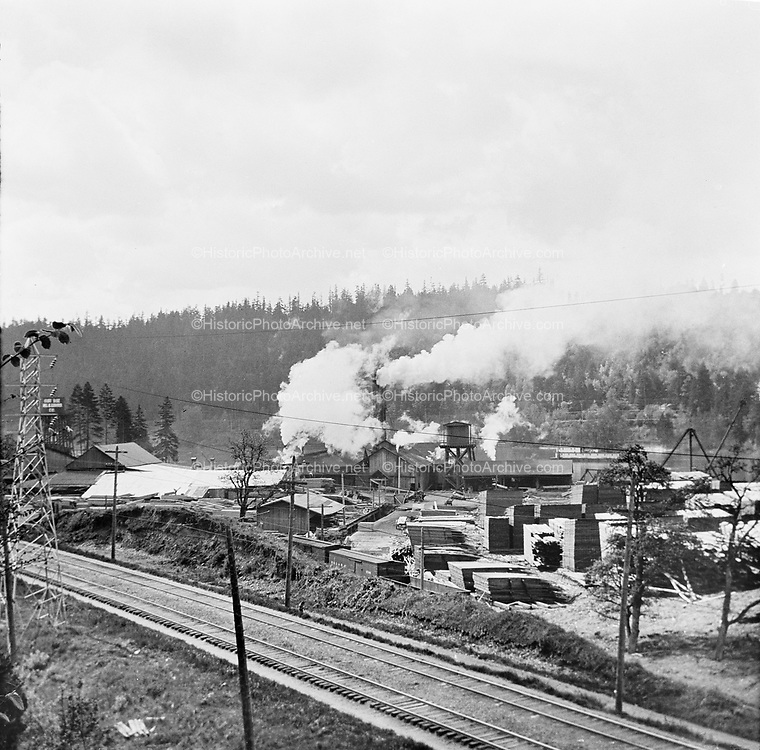