Ackroyd 00073-70. "Train accident. Decapitated corpse. April 1946" (According to the Oregonian, April 18, 1946, pg. 7: "Brakeman Killed by Switch Train. Harry Hight, 46, Tacoma, Wash., a head brakeman for the Northern Pacific railroad, was killed Wednesday night under the wheels of cars being switched on tracks near the foot of N. W. 8th avenue. According to reports of harbor patrol officers who investigated, there were no witnesses to the fatal accident, but it was believed Hight was crossing the track to his freight train where Engineer L. V. Ware and Conductor A. C. Barnett were waiting his departure signal for a run to Seattle. Hight's body was found by A. W. Sutterly, yardmaster in the N. P. terminals. The coroner took charge of the body" The accident happened and the photo was taken on Wednesday April 17, 1946) 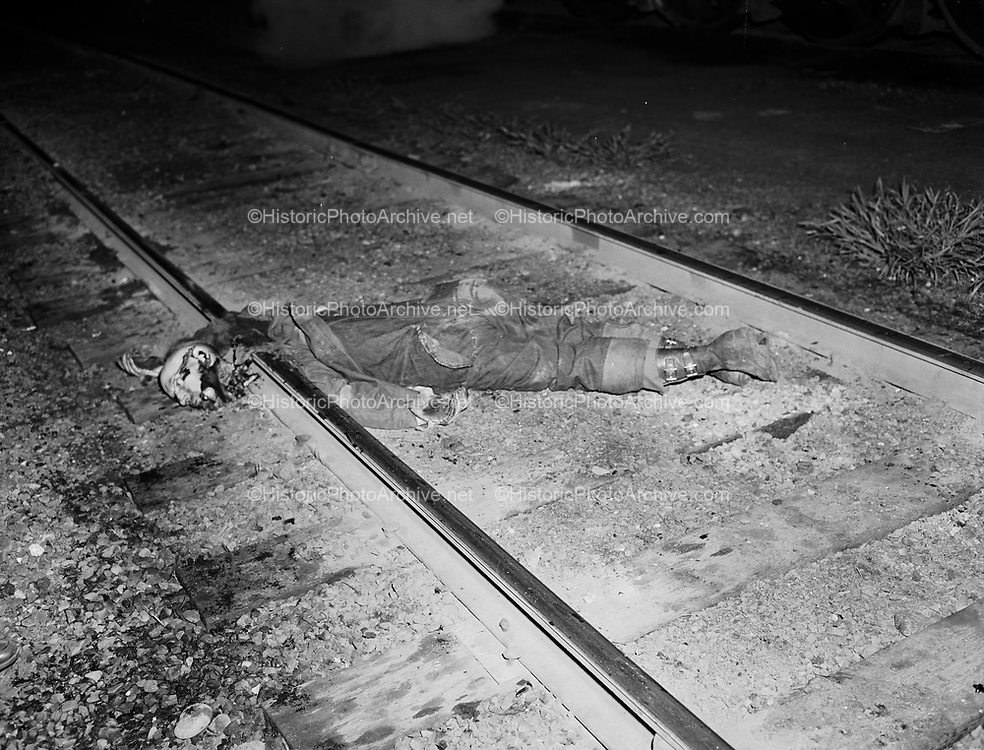