9904-B17"Riviera (Liberia) crew, taken in by immigration September 27, 1952" (Crew members went on strike protesting conditions on the ship while it was berthed at Swan Island. The crew was jailed by immigration until they could be place on other ships. The ship was not able to leave for three months) caption published in the Oregonian September 27, 1952 pg. 5 col. 4-5: "Two passenger cars and a small truck came to shipside to take the men to the county jail where they will be confined pending investigation by immigration service, which will endeavor to send them out on other ships. Most of the men are Germans who objected to food, sanitary conditions, and two-year working contract with owners, a Greek firm of London and New York." 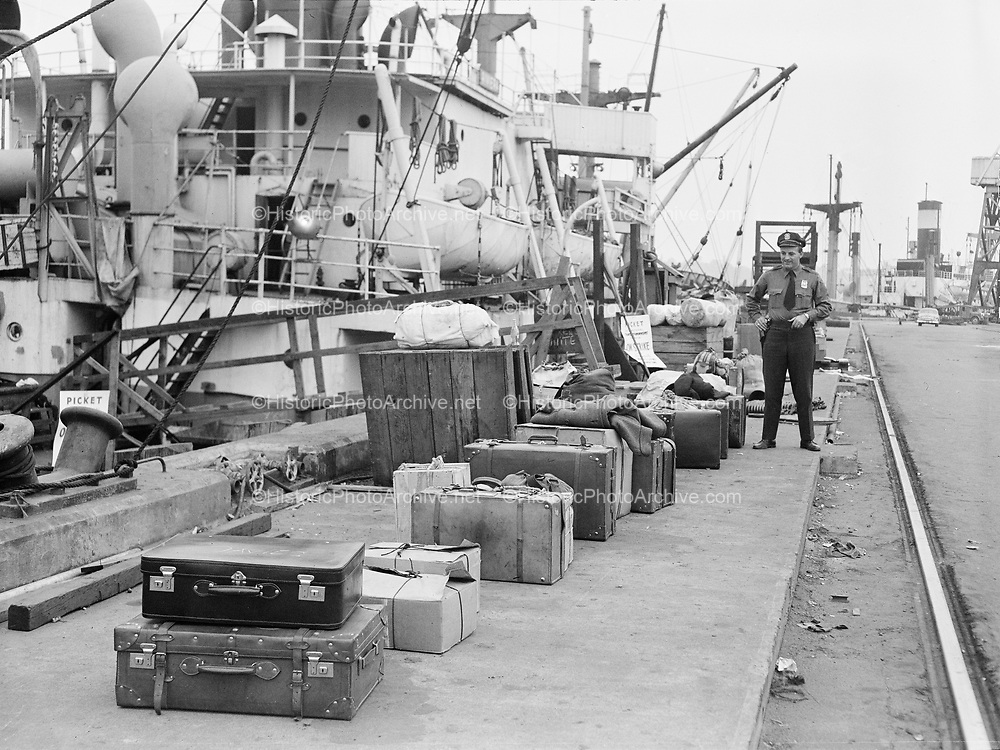