9336-LN05. Elizabeth Badroads (Cayuse and Walla Walla) and Francis Shillal (Cayuse, Walla Walla and Umatilla) wedding photo. The couple were married at the Holy Family Catholic Church in Burns, Oregon, on September 8, 1929. In the newspaper article written about their marriage, the couple said they were 19 years old, however Elizabeth was actually 16. Both had received their education at St. Andrews mission, a Catholic Indian school on the Umatilla river. Their wedding happened on the week of the annual Harney County fair and rodeo. Umatilla Indians had for many years joined the local Paiute Indians in the parade, events and dances.
The bride was referred to as Princess Elizabeth Badroads by the newspaper reporter, as she was a princess in the Pendleton Round-up Indian beauty pageant that year. Her father was Jim Badroads, one of the organizers of the event, and her sister Rosie later won the contest. Jim Badroads (1865-1933) was Chief of the Cayuse Indians on the Umatilla reservation, having succeeded Chief Captain Sumpkin in 1927.
Elizabeth explained that the name Badroads (kapshish ishkit) was given to her grandfather by the Indians because his home was in a canyon and the only road leading to it was rough and difficult to get through.
Once married, she became Elizabeth B. Shillal, using the middle initial B to prevent confusion with a cousin living on the Umatilla reservation, Elizabeth Pool Shillal.
Francis Shillal was the son of Thomas Shillal (1883-1932). His father raised horses on the family farm near Stanfield.
Like most Indian weddings at the time, there was not an official wedding license for their marriage, even though it was performed in a church by a Catholic priest. Indian culture considered marriage to be a public recognition of a new family, and while relatives and friends may participate in feasts and bring gifts, there usually was not a specific ceremony as such. 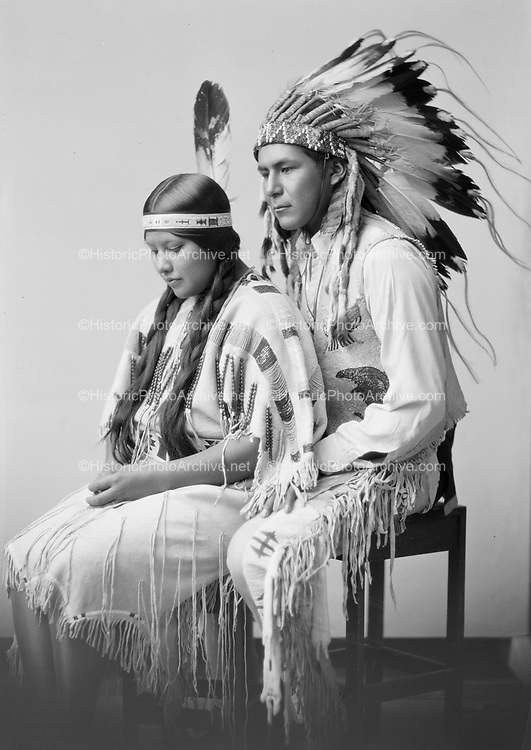