9305-B7051 Dip netting salmon at Horseshoe falls at Celilo using stationary nets (set-dip, or bag-netting). Stationary nets were rested on the bottom of the channel to await a fish, rather than being moved to capture one. These nets were much larger and the net around the hoop was fixed open, rather than movable nets that had a thong which would close the net like a purse around the fish to prevent its escape. Stationary dip nets are much deeper than movable nets, the one shown here may be five to six feet deep. This type of net worked best when fish were likely to be caught falling back from strong currents or attempts to leap the falls. When the fish would strike the net, a vibration would travel through a string to the fisherman, who would lift the fish up quickly. This string can be seen hanging from the hoop and resting on the planks by the fisherman's right foot. The man in the foreground is Louis Jack and on the left is Joe Skahan. Photo by Ralph Gifford ca. 1940 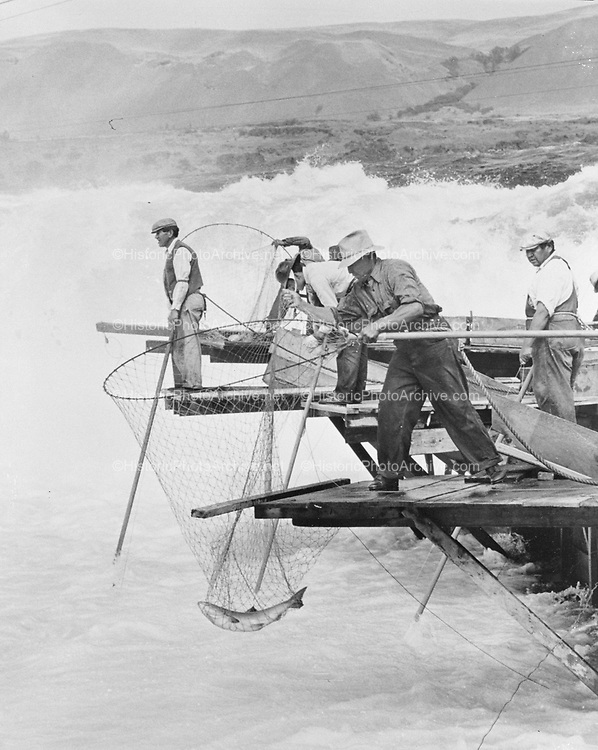