9305-B7338. The heavily fished channel between Chief and Standing islands about 1928. In the background is Ateem rock, that the Albert brothers took over in the 1930s. They were Yakama Indians that forced the Culpus family away from their traditioal site, taking over and excluding other Indians. They poured concrete forms on the rock to change the channel to their advantage as well as a base for their own cable car; Ateem became the most altered of any of the Celilo Falls fishing sites except the previously dynamited Downes channel that was enlarged in the 1880s to make room for a fish wheel. Ultimately the Albert brothers were forced to relinquish their monopoly on the island, but the dispute remained a continual crisis in Celilo for many years. 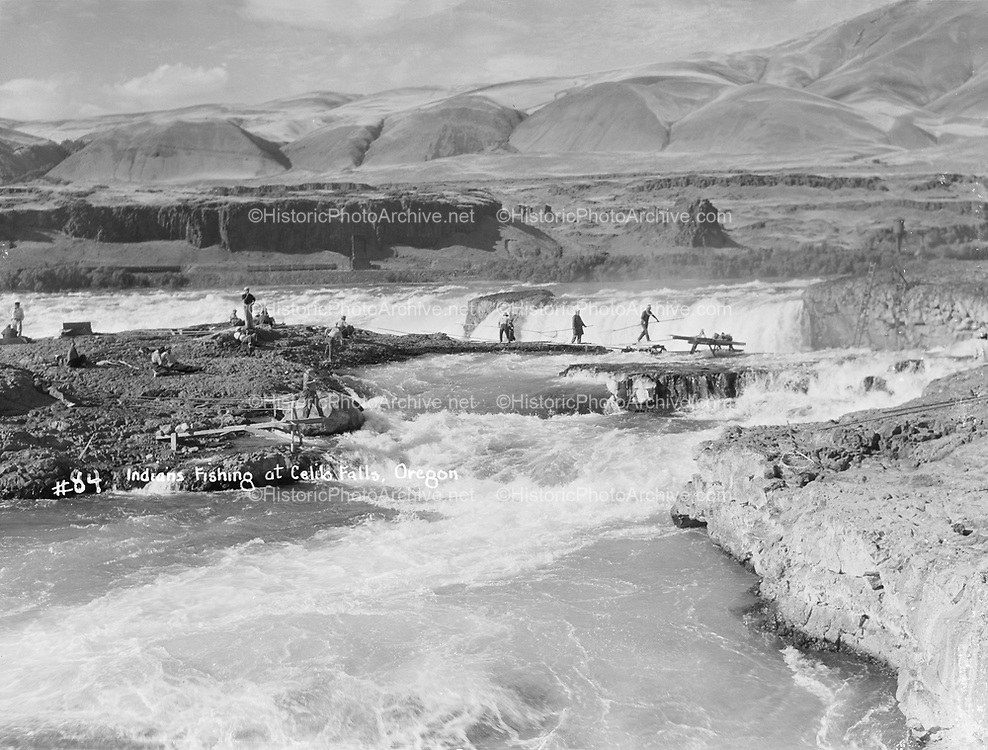