9305-A4609-1. General Wainwright speaks into a KODL microphone at a war bond drive in The Dalles, Oregon, on East Second Street in front of the Granada theatre, November 15, 1945. Wainwright was a four star general who had recently been liberated from thirty nine months of captivity as a Japanese prisoner of war. At the time, he was America's most famous hero of the war, having endured the Battan Death March and torture in captivity. He was making a national tour of appearances to promote the war bond drive. 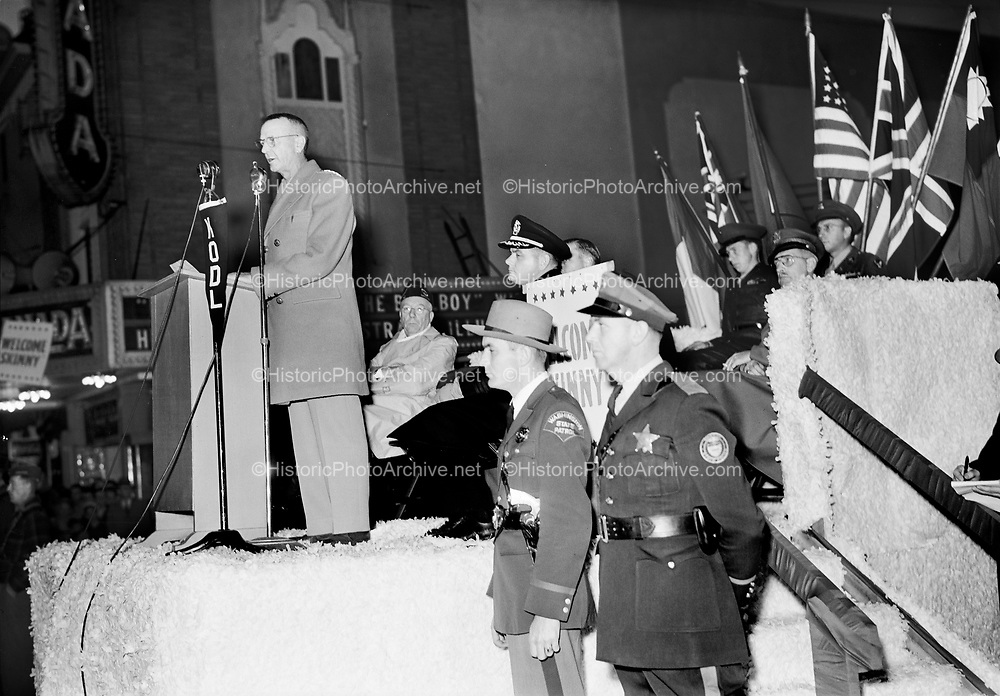