9305-B3499-3. "Winquatt Museum, The Dalles. April 2, 1974." Indian rock art (petroglyphs) removed from the Celilo - Wishram area before being submerged under the backwater of the The Dalles Dam in 1957. These were photographed in 1974 while at the Winquatt Museum in The Dalles. The rock art is now located on Temani Pesh-wa Trail in Columbia Hills State Park (formerly Horsethief Lake State Park), on the Washington side of the Columbia River Gorge near The Dalles. 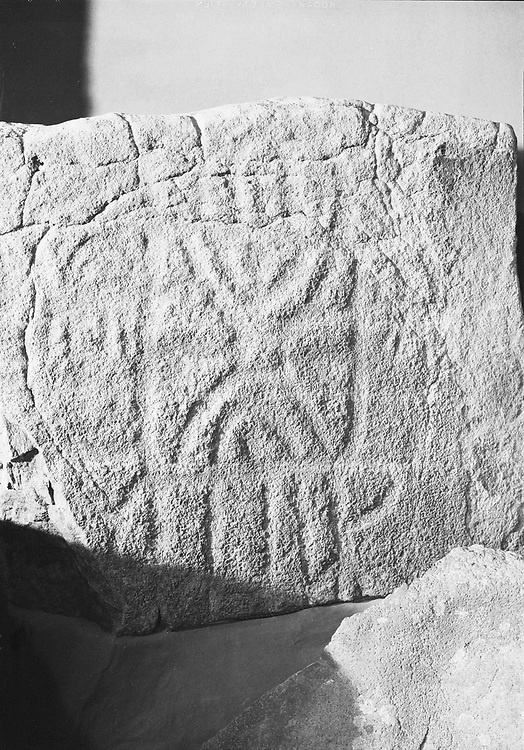