9904-B17"Riviera (Liberia) crew, taken in by immigration September 27, 1952" (Crew members went on strike protesting conditions on the ship while it was berthed at Swan Island. The crew was jailed by immigration until they could be place on other ships. The ship was not able to leave for three months) caption published in the Oregonian September 27, 1952 pg. 5 col. 4-5: "Twenty-two members of the crew of the Liberian steamship Riviera packed their bags and dressed in their best suits Friday so they would be ready to leave the vessel in accord with federal court orders. After they were taken away, their bags were left in orderly manner (above) with Harbor Patrolman Bernard R. McDonald standing watch. Authorities took men." 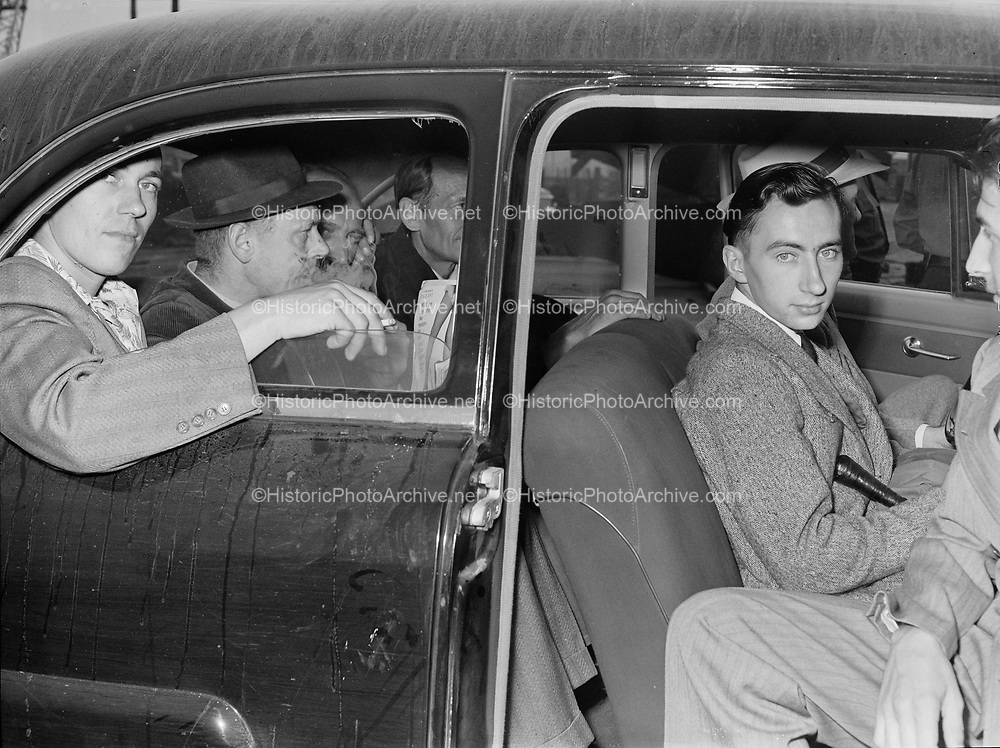