9120-07. SW Washington at Park Ave, looking east. This is the core of Portland's Theatre district as it was in 1911. The intersection one block in the background is Portland's main intersection from that era, 8th Ave. (now Park). The Star Theatre, on the extreme left, is now O'Bryant Square. On the right is Cordray's Theatre, in it's later days when it was known as the Empress and the Grand. The heyday of these theatres was from 1900 to 1910, when Portland's population more than doubled and good crowds supported seven nights and three matinees a week. In 1909 the Portland City Council, responding to a disastrous theatre fire in Chicago, ruled that all theatres in frame buildings must cease operations. The April 1911 deadline doomed the theatre district, and although several new vaudeville stages were constructed in other parts of downtown, the "stock companies" lost out to motion picture in the market and were all but gone by the great depression. The building in the background under construction is the Wilcox building, built 1911 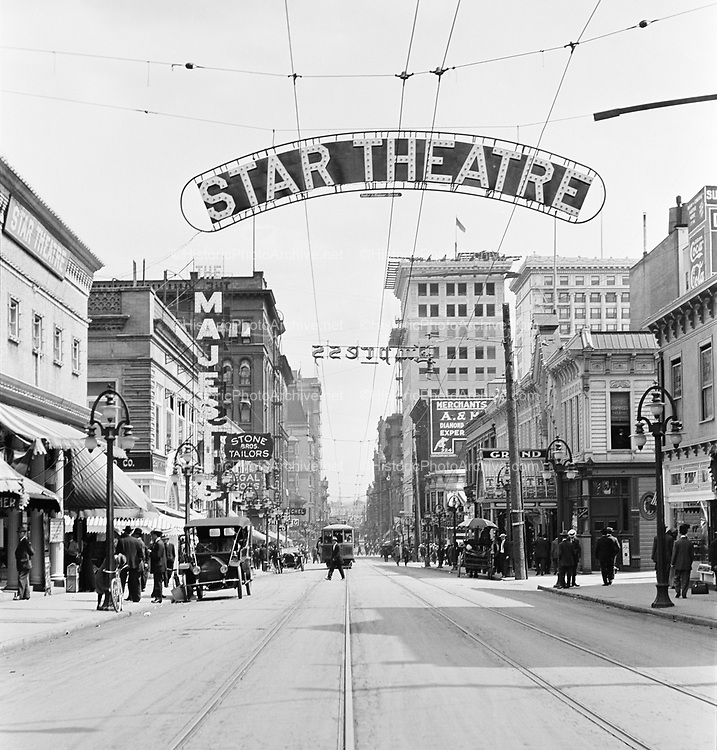