9345-52 A. Grand looking south, showing the corner of Pine. Western Auto Supply Co. (34 Grand Ave), Eureka Printing Co (33 Grand) W. C. Justice Real Estate (41 Grand). Night view. Grand Avenue immediately after its grand-reopening on Saturday, October 30, 1926. Grand had been widened three feet on each side, and street lights identical to the globes on Broadway were installed. Wiring for traffic signals had been laid, but the traffic signals themselves had to await the November election for voter approval. The street is decorated with black cat and orange pumpkin banners for the opening ceremonies, which attracted 25,000 people, and doubled as a Halloween parade. Literally overnight, Grand became the Broadway of Portland's east side and it's principal traffic artery paralleling the river.. 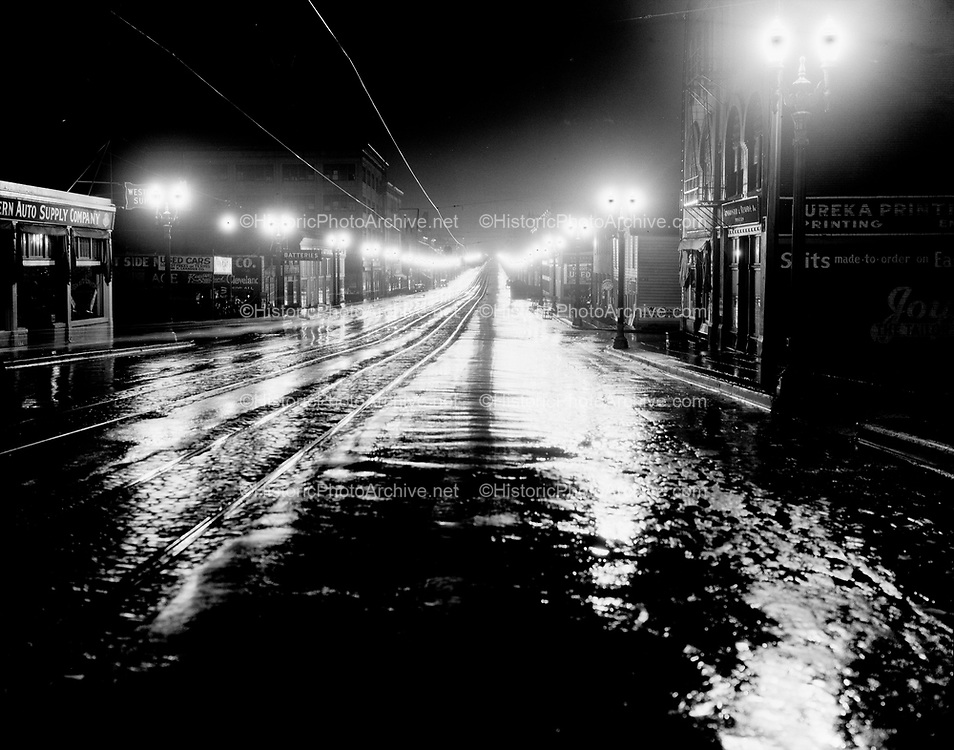